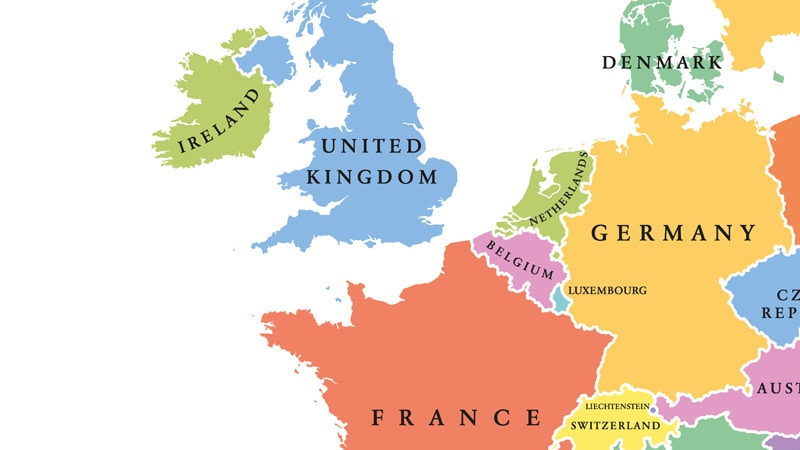 PARIS – The launch of the European Cancer Prevention Across Europe (PrEvCan) campaign was announced at the opening session of the European Society for Medical Oncology (ESMO) Congress 2022.

The campaign was initiated and led by the European Cancer Nursing Society (EONS), but ESMO will be a key partner in the campaign, alongside the European Cancer Patients Coalition (ECPC) and 50 other international and national organisations. Scheduled to run for a 1-year period beginning next month, the focus will be on promoting the 12 evidence-based recommendations for reducing individual cancer risk included in the European Code Against Cancer (CEAC)that were developed by the International Agency for Research on Cancer (IARC) of the World Health Organization (WHO).

The EONS initiative links to the recently launched European plan to fight cancerwhich states that around 40% of all cancer cases in the EU are preventable.

Prevention has been shown to be more effective than cure and is the most cost-effective long-term cancer control strategy, says the EONS. While there is no single universal strategy for cancer prevention, approaches that raise awareness and address risk factors such as tobacco and alcohol use, lack of physical activity, obesityunhealthy diet, prolonged exposure to the sun or tanning beds, and exposure to pollution can dramatically reduce a person’s risk of developing the disease.

The World Cancer Observatory estimates that the number of new cancer cases in Europe is expected to continue to rise, reaching an estimated 5.9 million by 2040, and related mortality is also expected to reach 2.9 million patients. “By reducing the number of cancer cases up front and increasing the rate of early diagnoses, where appropriate, we can substantially improve outcomes for healthy people and patients,” said Rosa Giuliani, MD, director of public policy at ESMO.

“At the same time, we can alleviate the tensions in our health ecosystem in areas such as the supply and access to medicines,” he commented in the ESMO daily reporters.

ESMO had previously collaborated with IARC on the World Cancer Report Updates Learning Platform to ensure that oncologists gain knowledge on prevention and act as role models for their patients. The society is now taking another step in the field of prevention, with its association with EONS.

“Our community has traditionally viewed prevention as primarily an issue for family physicians and organ specialists,” ESMO President Solange Peters, MD, said at the ESMO daily reporters. “As disease specialists, we must be able to provide competent responses based on a firm understanding of the latest numbers, survivor data, and research findings. Contrary to what many patients still believe, it is never too late to adopt a preventive life. This vital vision is something that we neglected in the past and we must act in the future”.

In a related move, the European Commission is about to issue new guidance on cancer screening, to be published on September 21.

As regular medical check-ups were drastically reduced during the COVID-19 pandemic, it is estimated that up to 1 million cancer patients in Europe went undiagnosed, as around 100 million screening tests were not carried out during the first phase. of the pandemic. The goal now is to increase screening and reduce the risk of excess cancer-related mortality.

Current screening guidelines are nearly 20 years old and in need of an update, as the EU currently only recommends regular screening of the breast, colon and rectum. cervical cancer. The new guidance would recommend expansion to include regular examinations of the lung, prostate and, in some cases, gastric cancer.

Roxanne Nelson is a registered nurse and award-winning medical writer who has written for many of the major media outlets and is a regular contributor to Medscape.

2022 Congress of the European Society for Medical Oncology (ESMO). Presented on September 10, 2022.

You can try CVS Pharmacy CarePass before the subscription fee is applied. Some great savings opportunities members saw were:25% off CVS brand health...
Read more
HEALTH

BOISE, Idaho-- A truck equipped with a bright LED billboard began circling the University of Idaho campus on Friday."Pregnant? You still have a choice,"...
Read more
HEALTH

‘I’d be lost without it’: Locals fight to save Carlisle’s Turkish baths | Carlisle

One of the UK's last public Turkish baths may close this month unless campaigners can change the council's mind in time.Carlisle's Victorian baths opened...
Read more

Is it better to exercise in the morning or at night?

I don't know what's worse: the alarm blaring at 5am, filling me with fear of exercise, or the anxiety that tends to creep in...
Read more

Apple today announced the next MacBook Air with an all-new design for the first time in... ever? The company...
Read more